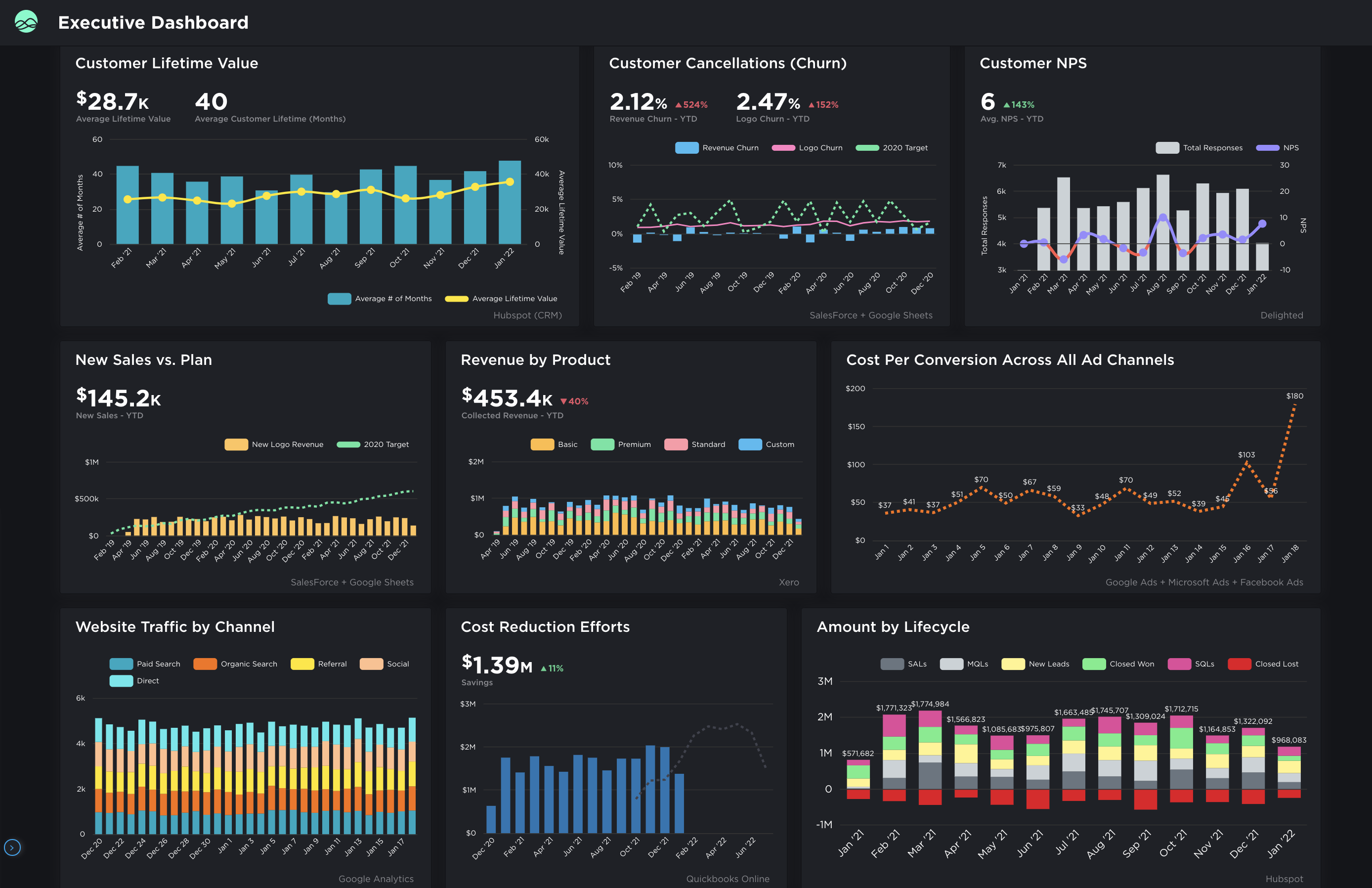 How Spread The Vote uses Grow to communicate information and KPIs across their organization.

Spread The Vote is a 501(c)(3) non-profit that helps voters get the IDs they need for jobs, housing, voting, and more. Currently, Spread The Vote is focused on five states—Georgia, Virginia, Florida, Texas, and Tennessee—and hopes to grow their organization successfully for all states that need it.

*All data has been anonymized.

Teams That Use This Dashboard

How It Helps Growth 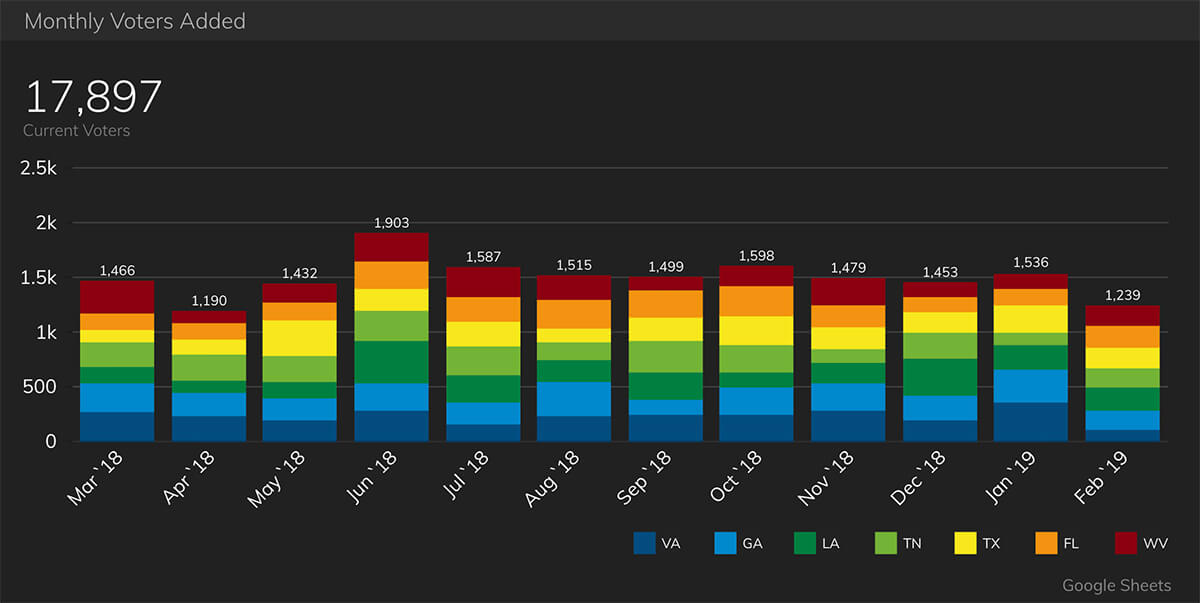 The Need for Communication

Kat Calvin, founder of Spread the Vote, and her team work endlessly to provide individuals with support as they apply for state IDs that are required for jobs, housing, medical care, transportation, and much more. With operations across multiple states, communicating performance and progress to state directors is critical.

How Spread The Vote Built Their Executive Dashboard

The executive dashboard for Spread the Vote shows the big picture of their performance. It gives the Spread the Vote team quick information on how the non-profit is managing its finances, volunteers, and connecting with voters. 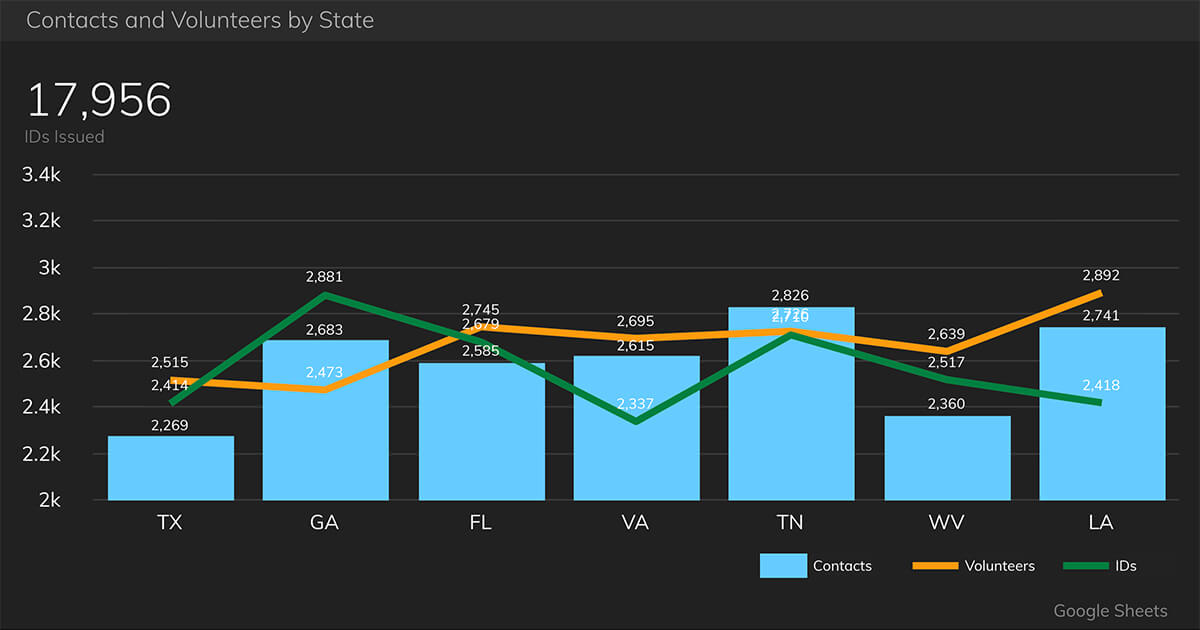 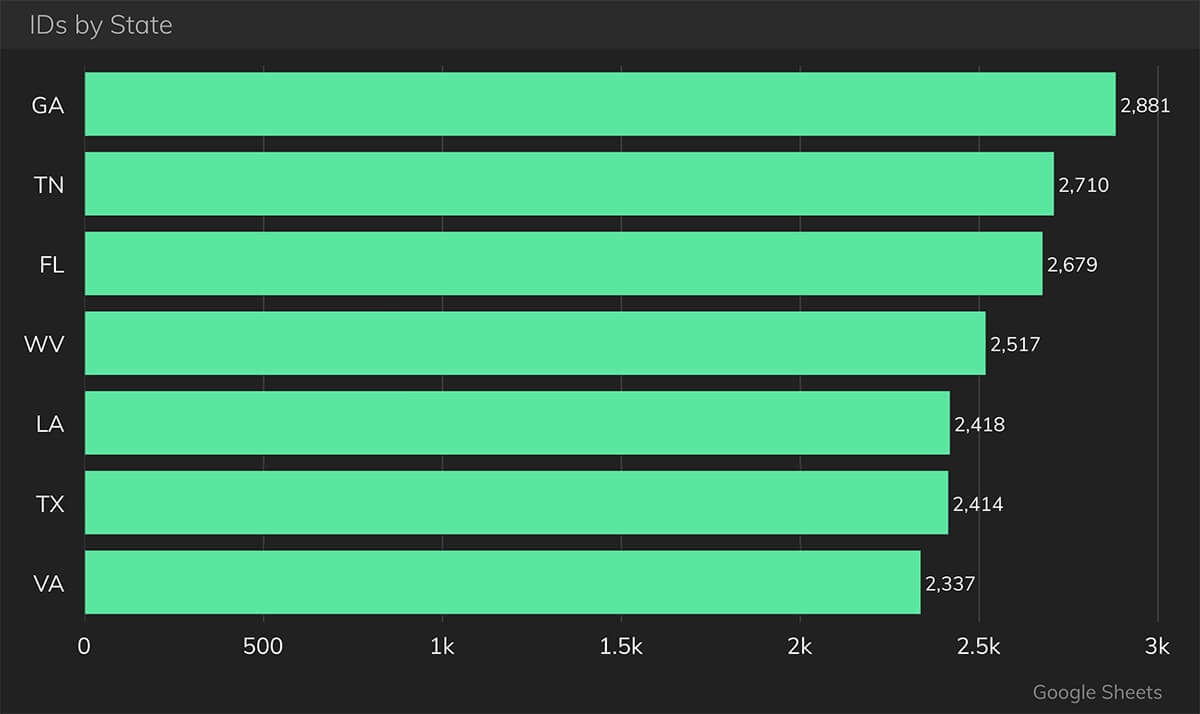 How Spread The Vote Uses Their Executive Dashboard

The Spread the Vote team uses their executive dashboard to mainly monitor differences between states’ performance and catch anomalies in their data.

By monitoring state performance by tracking volunteer operation metrics, they’ve been able to infuse a healthy sense of competition between their operations, which has in turn led to a greater level of openness on what’s working and what’s not.

As a non-profit, Spread the Vote views themselves as stewards over their funds, which means that they have a duty to use them as effectively as possible. This is why they use their executive dashboard to monitor for inconsistencies in their data so they are always certain that funds are being used in the most impactful places. 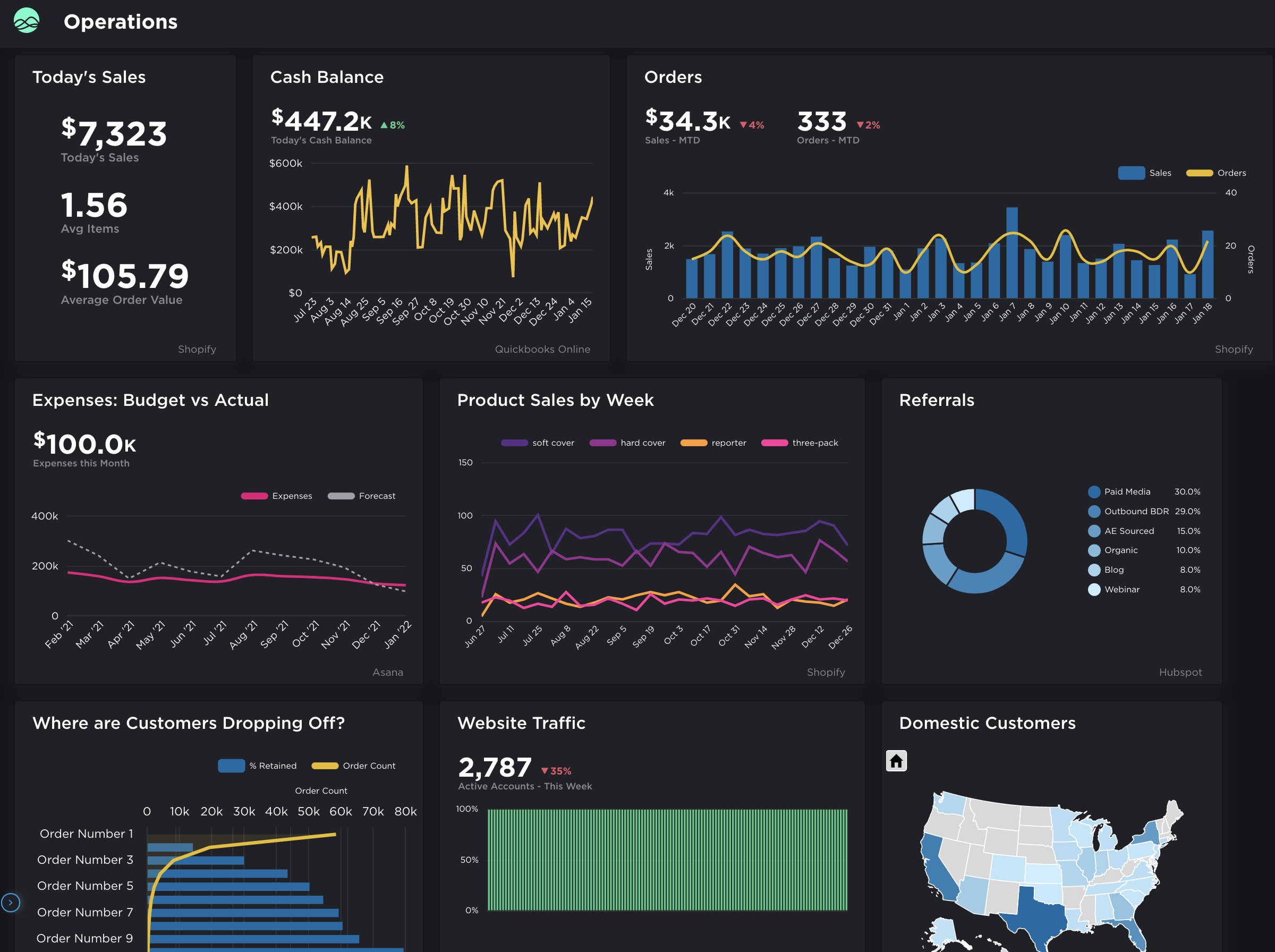 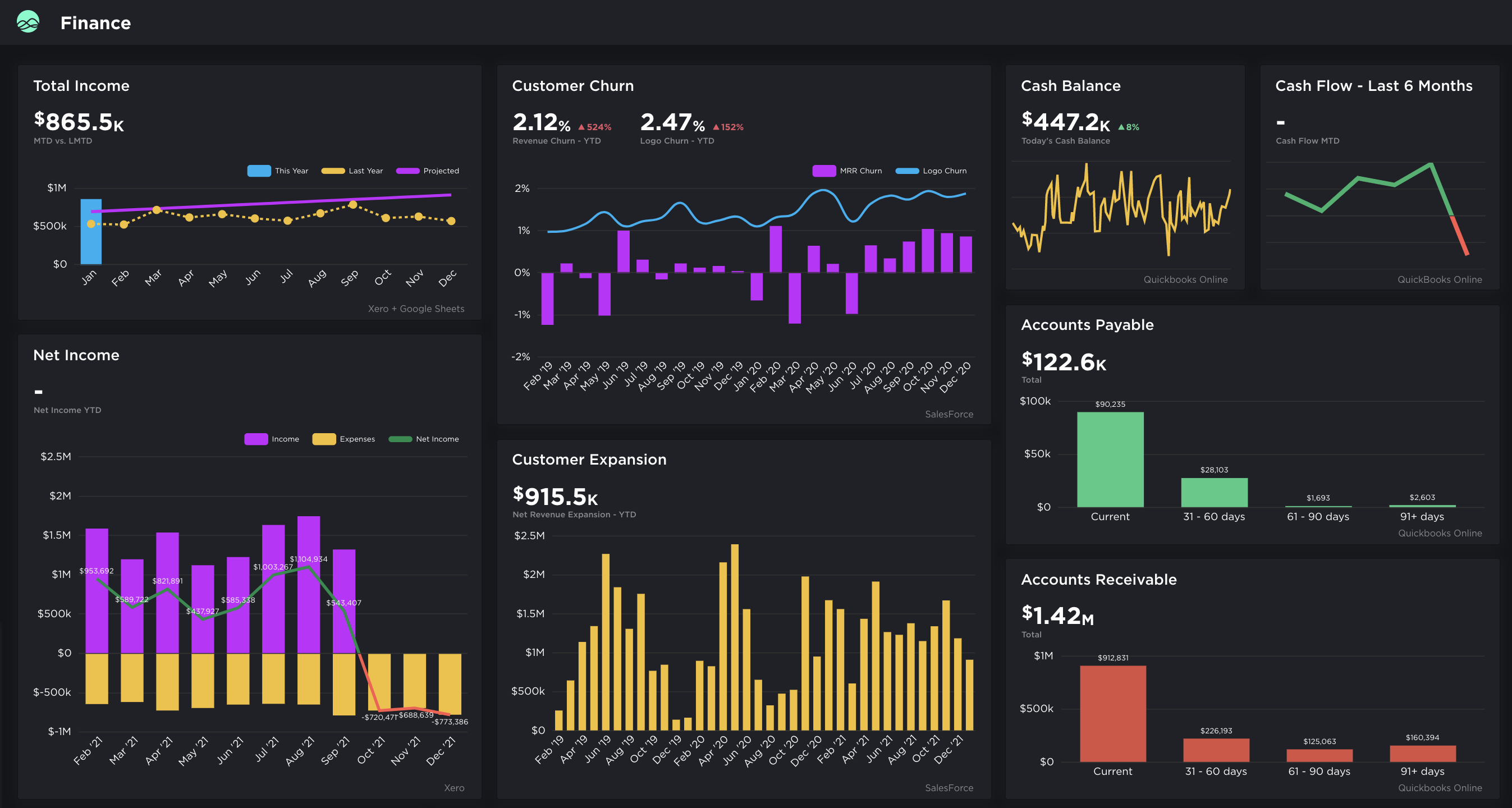 See the dashboard ›
Join the 1,000s of business leaders winning with grow.